It’s no secret that gaming cultures and communities—including game studies—have longstanding issues with inclusion, especially inclusion of marginalized and underrepresented peoples. The most apparent example of this is #GamerGate, the thinly veiled, ongoing harassment campaign against game critics, scholars, and developers who are women, people of color, or LGBTQ folk. Game studies has fared somewhat better in this regard, in that many game studies conferences and publications include some scholars from marginalized communities, and to some extent encourage academic criticism of games and gaming cultures. Yet even in game studies, the study of race, gender, sexuality, and other identity categories remains cordoned off from the rest of the field: they’re things that scholars of these topics engage in, but others can ignore. In other words, they’re viewed as specializations or special issues, but optional ones at that.

Yet if we as gamers and game scholars truly hope to create inclusive gaming communities and game studies, or to seize on the potential for games to “make us better” or “change the world” in Jane McGonigal’s words, then we have to stop compartmentalizing discussions of identity, community, and intersectionality. There is no sitting on the sidelines when it comes to race in games. There is no part of gaming or game studies where it is not an issue, so there is no place where it is possible to ignore it without doing harm. The same is true for gender, sexuality, disability, or class. To pretend they are separate issues is to perpetuate exclusion and marginalization by refusing to confront them. We can’t marginalize the discussion of marginalization and expect anything to change. If we want to change our culture and realize the potential of games, then we all have to actively cultivate practices of inclusion. 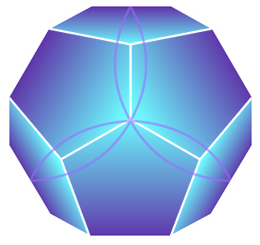 That sounds like a tall order, because it is. Creating inclusive communities requires a lot of listening to each other, educating ourselves, and respecting and navigating difference. But the good news is that none of us has to do this work alone. We can do it together, and together we can build the communities and programs that can sustain and empower us all. For example, the Inclusive Game Development Collaborative, hosted by Michigan State University and founded by Dr. Elizabeth LaPensée, is a cross-institutional program dedicated to supporting diversity of all forms in game development (http://gamedev.msu.edu/inclusive/). It provides a forum for sharing and discussing issues of representation and inclusion in games, and further organizes events at MSU that focus on topics such as concept art and representing cultures or indigenous game design. The Collaborative exemplifies how to bring people together from different backgrounds and experiences, and to especially support developers and scholars who have been marginalized or excluded in gaming culture.

As part of the Collaborative, I’ve had the honor this fall of working with Jonah Magar at MSU Libraries to develop the Game Studies Guild, a group of scholars, students, and gamers interested in games and game studies that reads current game studies texts, plays games together, and engages in critical discussion of them. There are so many amazing faculty and students doing work with games at MSU, but unfortunately they rarely get the opportunity to work together across programs, departments, or colleges. Even when they get to, the work they do rarely makes its way out to communities beyond the university. The main goals of the Game Studies Guild are to address this by fostering community and discussion across disciplines, supporting use of the Library’s developing gaming resources, and hosting critical gaming events that are open to the public and streamed on Twitch.tv (a popular platform for streaming gameplay). The group’s interdisciplinary and open nature is a reminder of another form of inclusion: the inclusion of different perspectives and forms of knowledge.

This year’s events are further dedicated to issues of representation and diversity in games, and our fall events focused on these issues in Scott Cawthon’s Five Nights At Freddy’s and Blizzard’s Overwatch. We would love to have you participate in person or via our live stream, and you can find out more at our website (https://libguides.lib.msu.edu/gsg). All are welcome, regardless of experience or knowledge with games.

There are so many ways to get involved with this work where you are: including readings and discussions of intersectionality and inclusion in your courses, forming a reading or working group dedicated to these topics, attending and supporting existing events related to them, starting a program at your institution that promotes them, or even just making them a topic of conversation in the gaming groups and communities you’re a part of. Whichever way you choose to get involved, the crucial thing is that you do.

Theme by Anders Noren — Up ↑